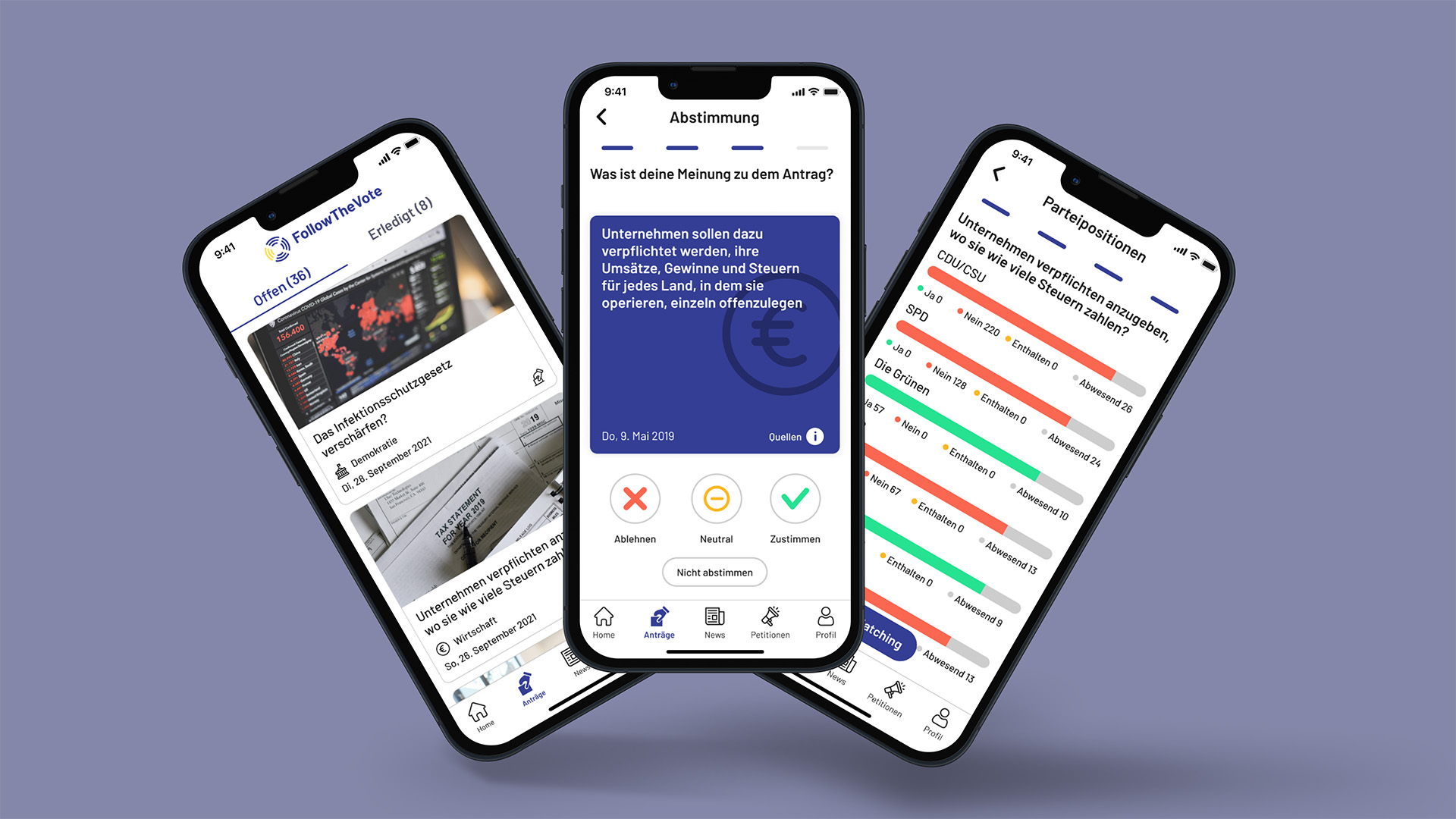 FollowTheVote is a platform that brings relevant political topics and legislation to your smartphone in an easy-to-understand way. This strengthens the basis of democracy and creates an offerering to participate in political discourse and help shape the future. At designdialog, we worked with FollowTheVote to design and develop a comprehensive relaunch of the app, which has improved its quality and usability immensely.

Comprehensibility and transparency
The voting record of all parties is transparent and easily comparable with your personal stance on the issues so you can hold your representatives accountable.

Promoting engagement and activism
Community votings and the integration of petitions promote personal agency and amplify the voices of people who are often left unheard.

„Designdialog supported us enormously in the area of UX and UI design, both strategically and operationally. Fabian and Lukas transformed our previous version of the app (with mediocre UX/UI) into a highly professional app with an outstanding customer experience." 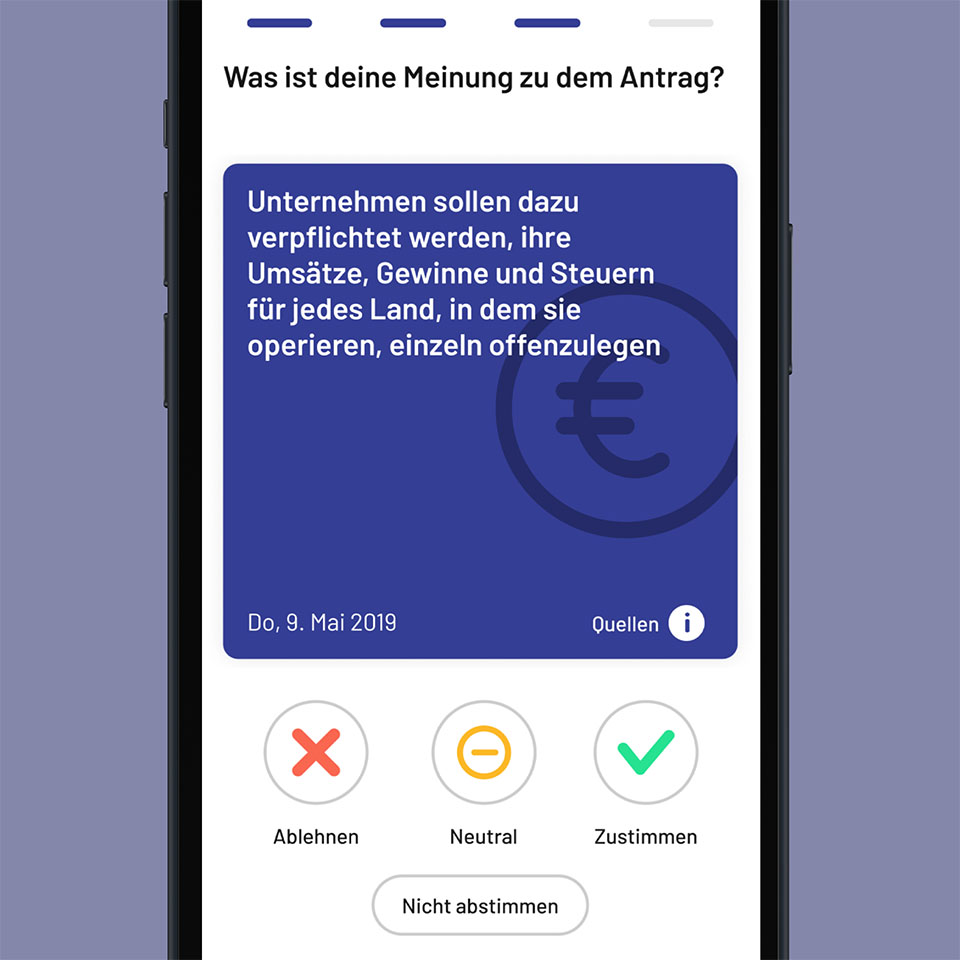 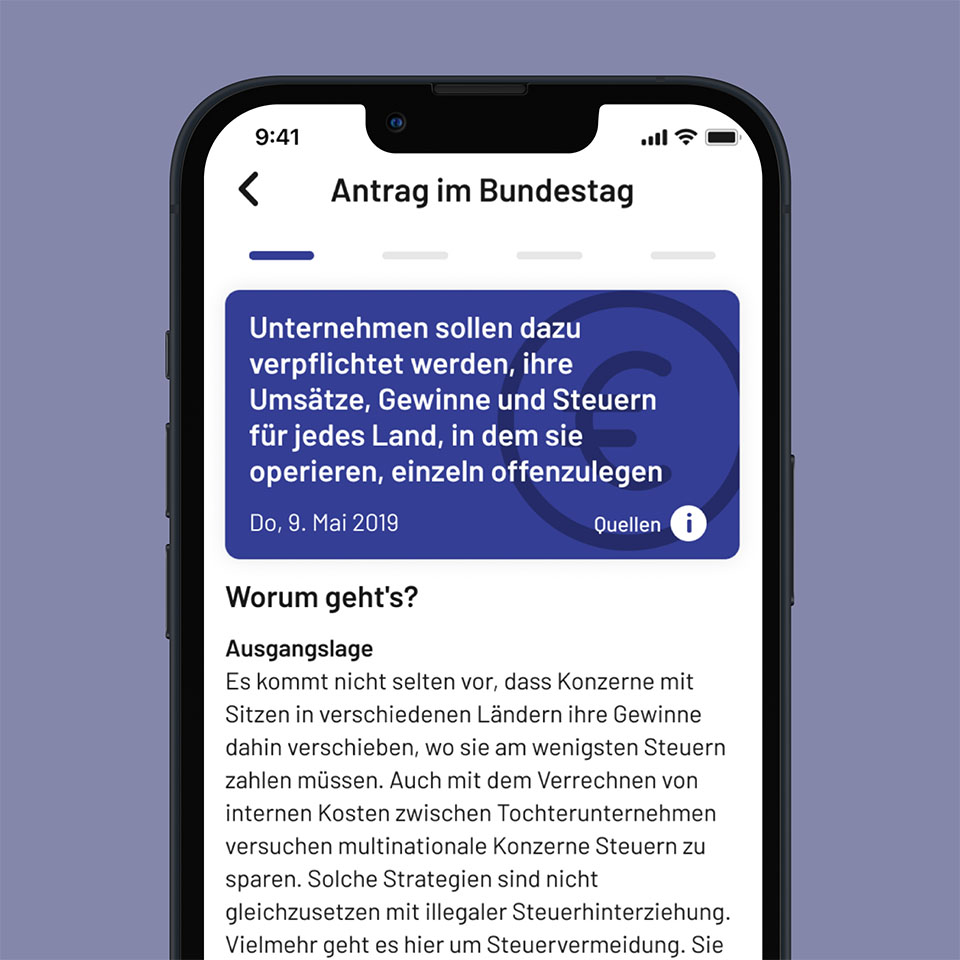 Stagnant voter turnout
In 2009 we saw the lowest voter turnout in federal elections in Germany. Since 2013 however, voter turnout has experienced a steady increase, which, however, threatens to flatten out. It's time to strengthen the positive momentum.

False information & disinformation campaigns
Fake, misleading or out-of-context reporting and conspiracy myths continue to threaten our democracy and society. Healthy discourse can only happen when everyone knows the facts.

Comprehensive UX and UI overhaul
The first version of the app wasn't as easy and rewarding to use as it should be.

Although we had a short timeframe for development, we were able to relaunch the app right after the Bundestagswahl 2021 with numerous new features to keep the users engaged. We achieved this through an iterative approach and tight collaboration with the FollowTheVote Team.

As an initial step, I conducted an UX audit for the first version of the app. Using established usability heuristics, I identified problems in the information architecture, user guidance and the interface. 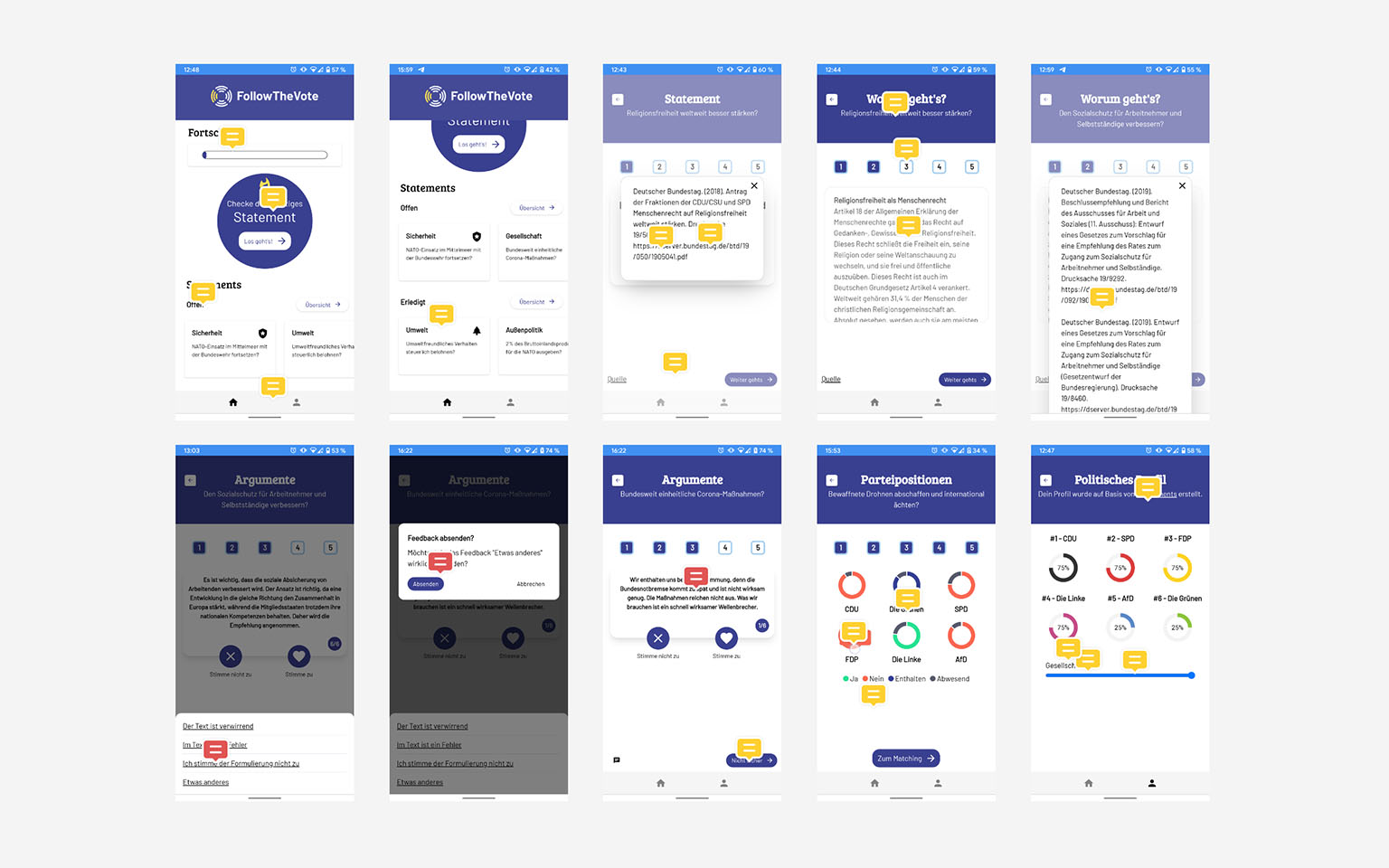 Subsequently, I evaluated the issues according to their severity and developed possible approaches to solve those accordingly. We then prioritised the possible solutions and the development of new features based on their complexity and quality gain. The improvements with a positive effort to benefit ratio were implemented first. This enabled us to ship valuable usability improvements and fixes to the current version of the app with minor effort using existing components. 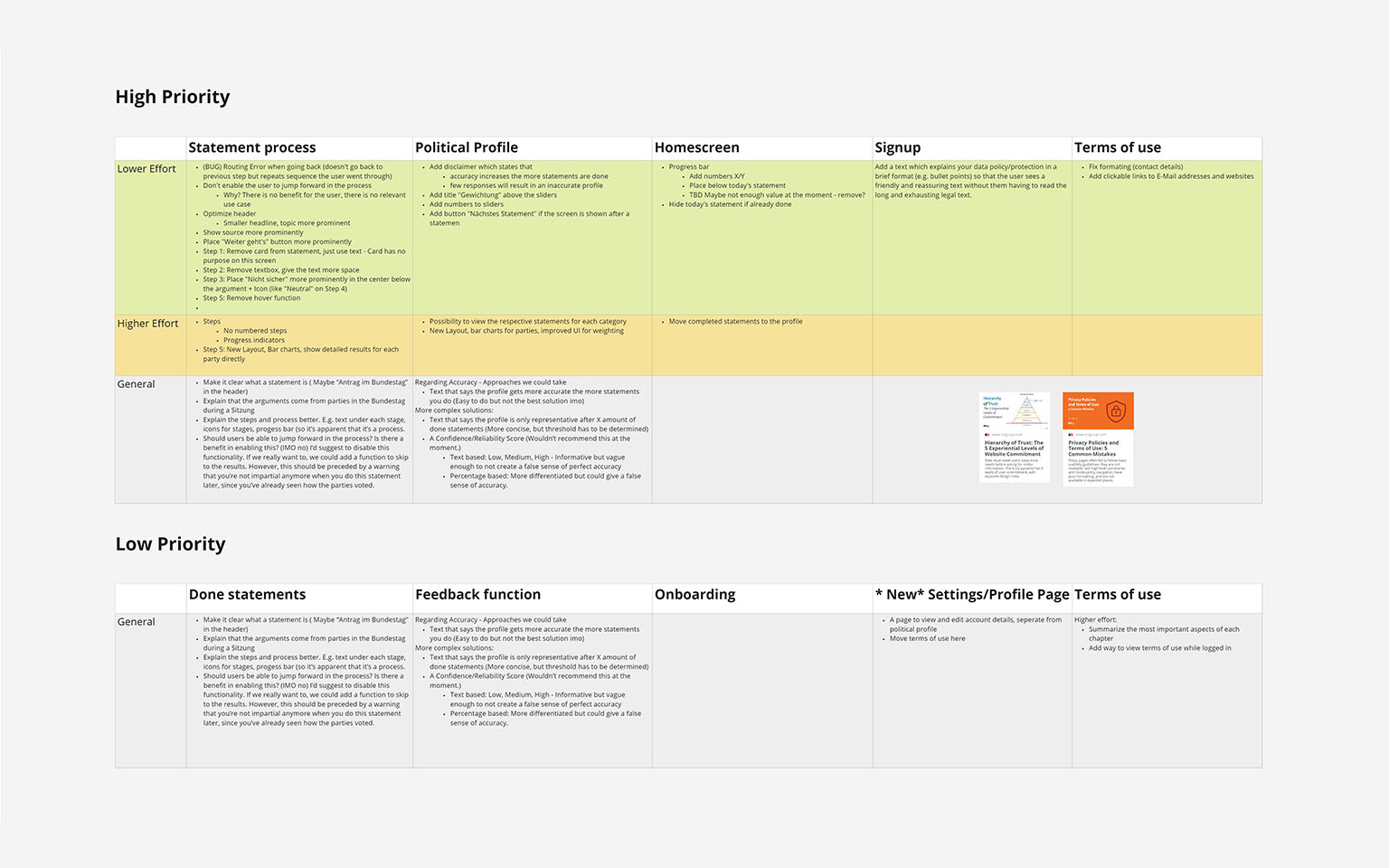 I began working on the new design and started with the voting process. I researched other political and non-political apps that enabled the user to vote so utilise familiar usability patterns. Based on this, I completely redesigned and improved the voting process, which granted us the ability to apply this process not only for proposals, but also for news and petitions. After some itererations, we established a new navigation, which optimised the user journey and information architecture. The home screen and main menu were redesigned to provide direct access to the different areas. Pages were grouped and sorted thematically. This enabled the integration of new features and made the interaction with content easier and more accessible. 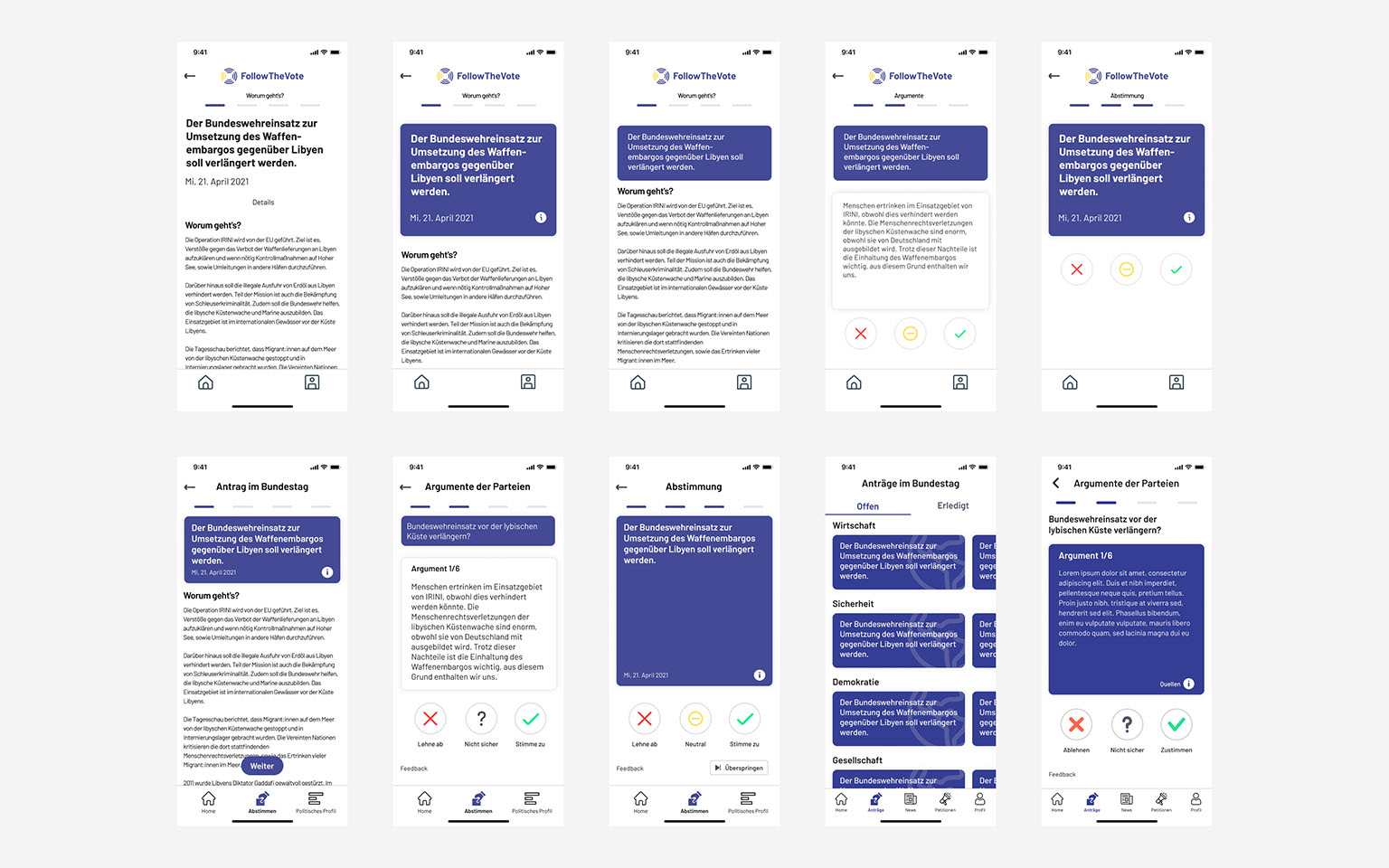 The interface was redesigned from scratch. Based on the established design of FollowTheVote, I created a design system for the app that harmonises the visual design and function of colours, typography, icons, buttons and forms. All texts and interactive elements in the app were enlarged and are easier to read and tap. Furthermore, the previously text-only content was made more appealing through the targeted use of images. 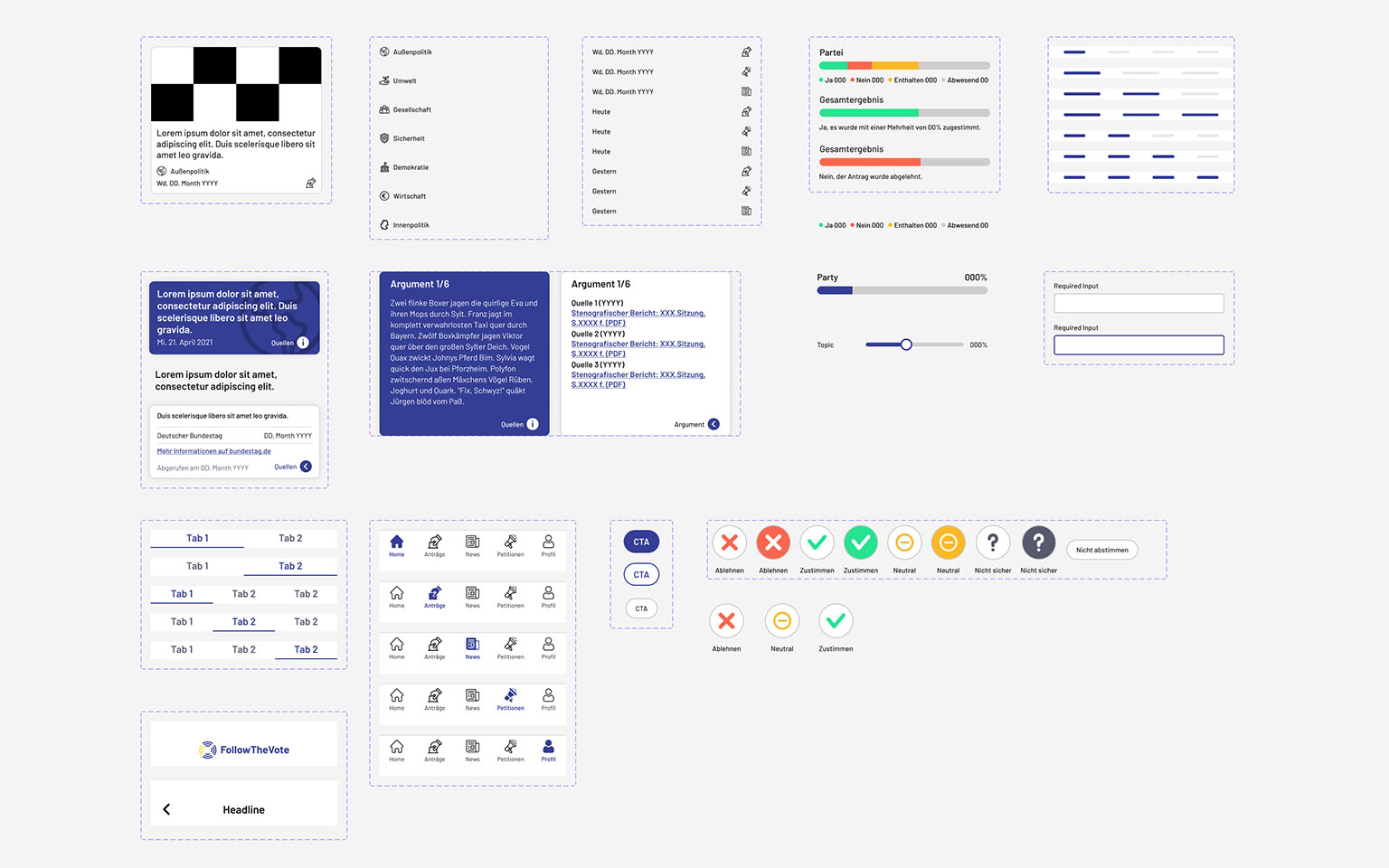 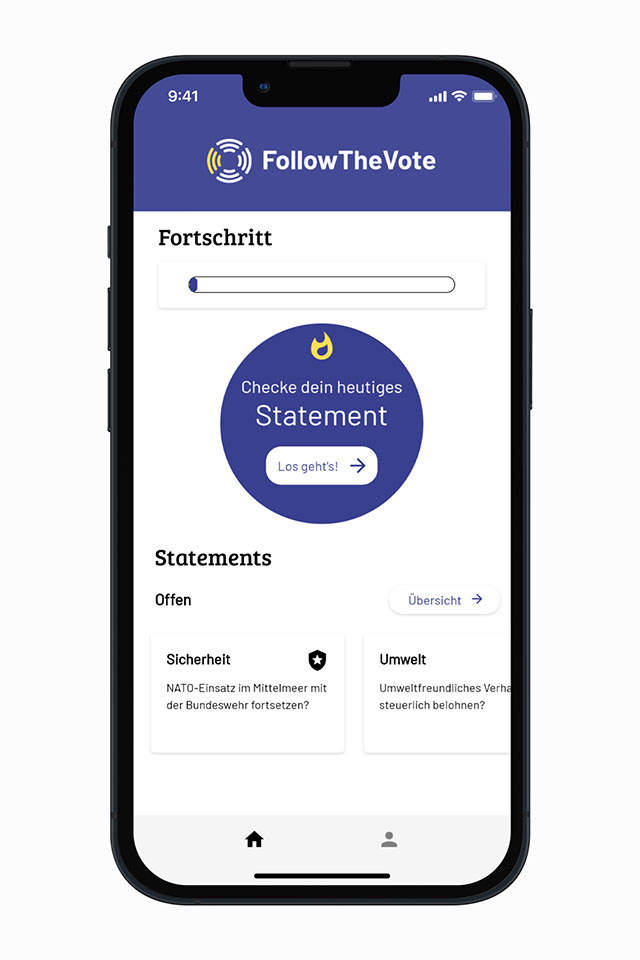 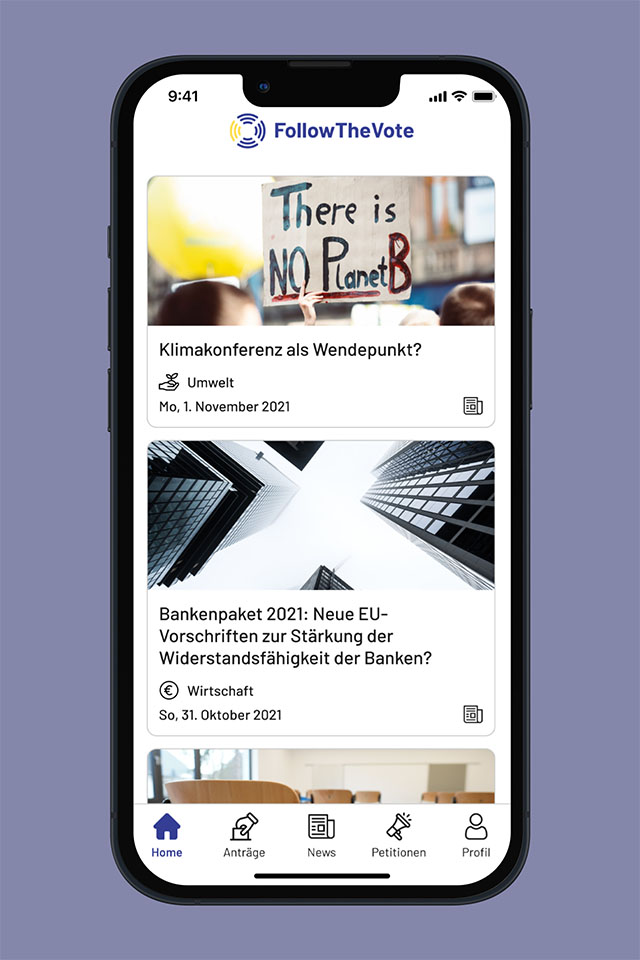 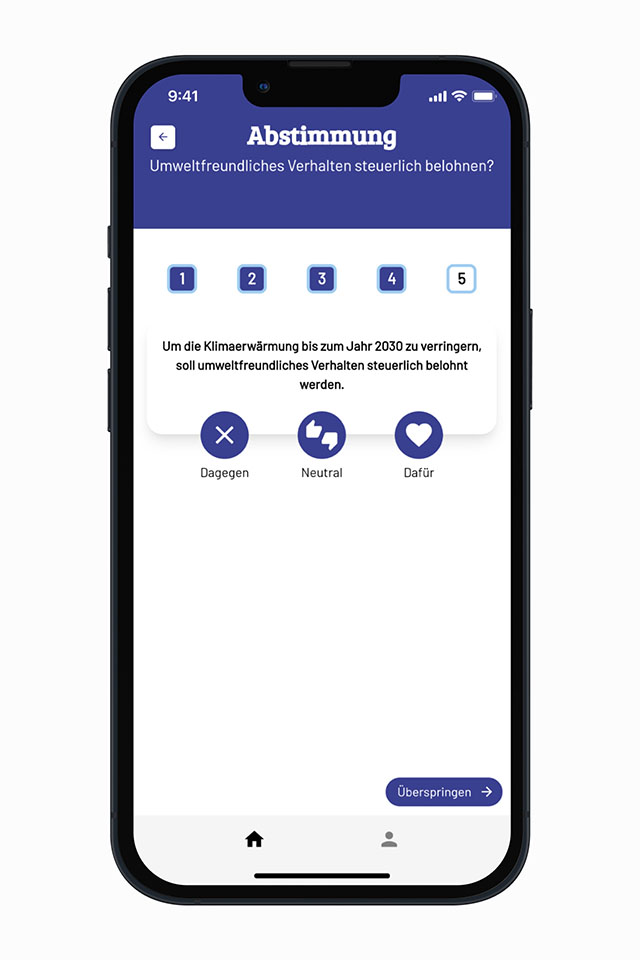 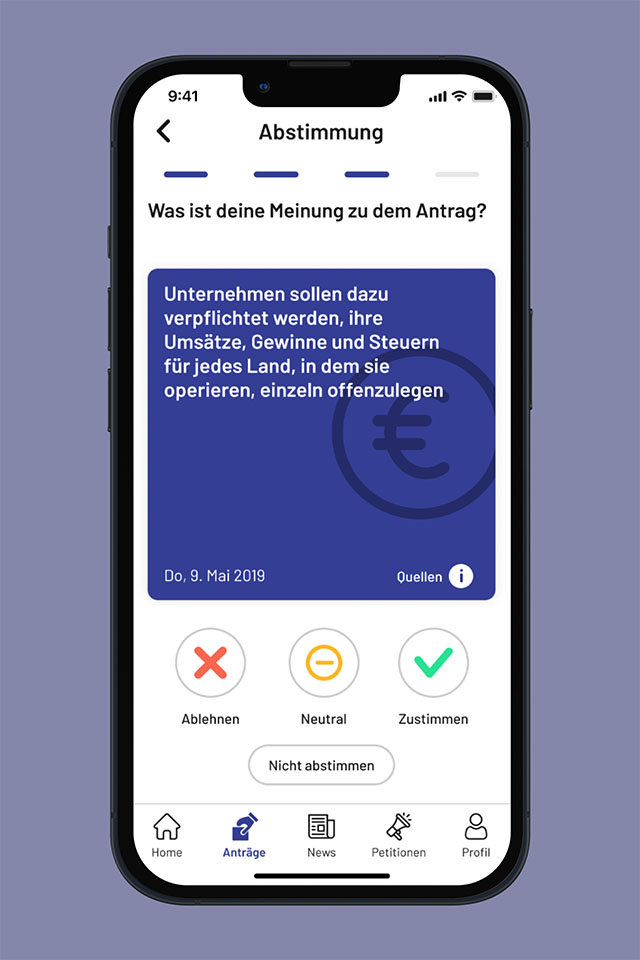 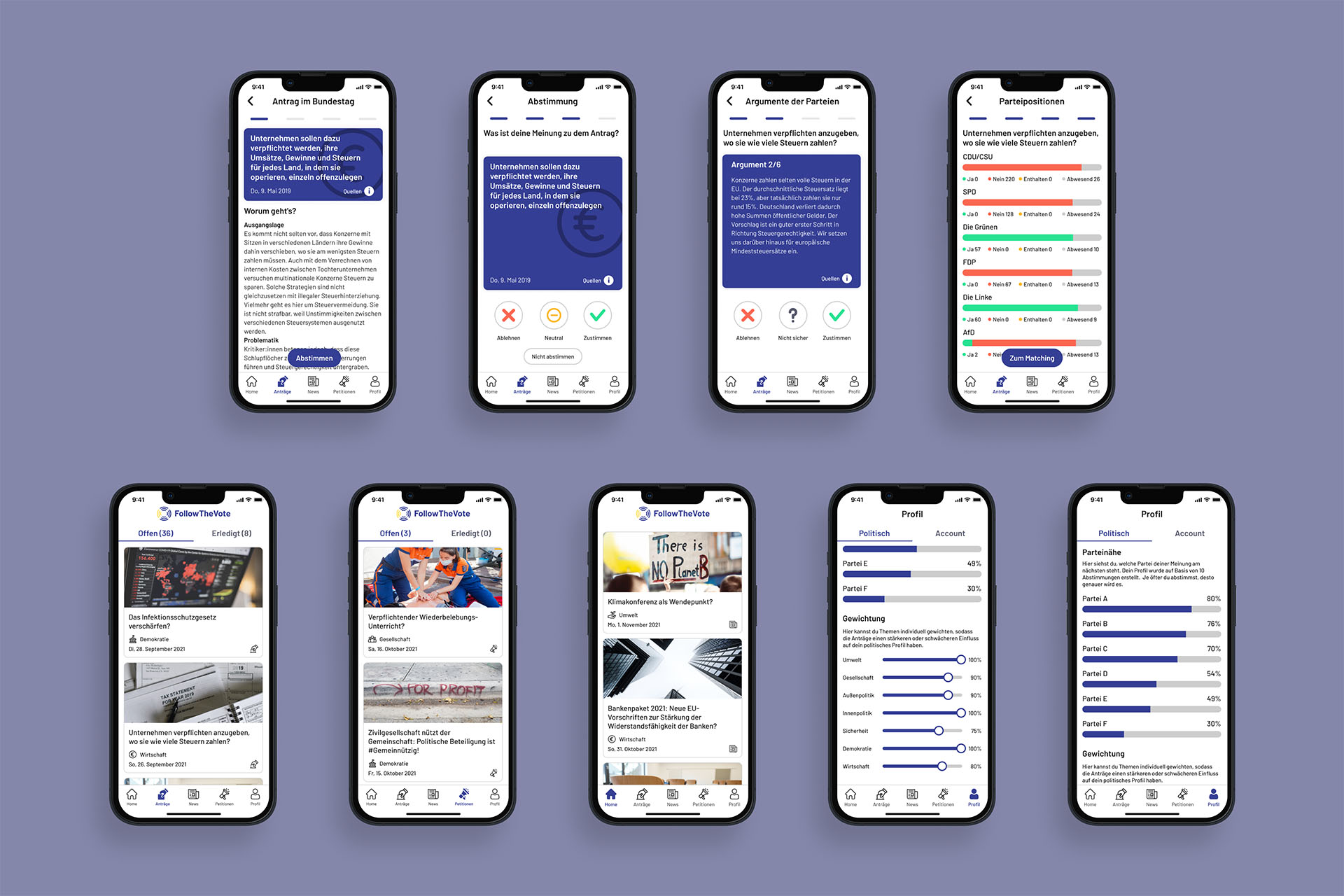